Christmas is approaching fast and as it often happens I am far behind with my preparations.  However, I do not want to disappoint you and take another break from writing. After all, I just recently got back into the routine.

As I indicated before, my teenage years were not always easy and happy for me and very trying for my parents as well.  In spite of my good friends, I often felt isolated, alone and confused.  I wanted to experience life more fully than i was allowed to by my restrictive parents.  Often I withdrew for long periods of time into the world of literature.   Thus I experienced life and love vicariously.

When I was about 15 years old, i discovered the Russian classical authors, especially Dostojevsky and Tolstoy.  Their voluminous novels were right for my taste.  The longer the better.  I would immerse myself into the fictional worlds and  hated to come back to my reality.

New Year’s eve 1960 was a dreary dark day.  My parents had invited some friends to celebrate with  us, but many had to decline because of the flue going around.  My mother had worked very hard to prepare for a cheery and festive night, but I was in  a gloomy mood.  There were no young people only friends of my parents and towards the end of the party my brother, who had celebrated with his buddies.

I felt depressed.  Life was passing me by I thought.   After spending some obligatory time with my parents and their company I withdrew into my room with the excuse that I was not feeling well.  My mother knew that my time of the month was coming up and let me go without major protest.

Wrapped in a warm and cozy blanket I sat in my easy chair trying to uplift  my spirits with some fancy chocolates, which one of the kind guests had brought for me. Then I started reading Leo Tolstoy’s novel Anna Karenina and didn’t stop reading until way into the New Year when all the guests had left and my family was fast asleep. Needless to say, Anna Karenina’s life and tragic end affected me very much.  For a long time I felt caught in the restrictive webs of fate like Anna….but by the grace of God I did not succumb, but was able to get free and find the love and life I always longed for like Kitty and Levin in the novel. 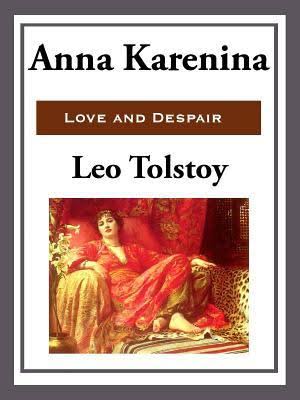 Many years later I took a course on Russian literature at the University of Waterloo and wrote this book review.  My professor was impressed by my insights and rewarded my efforts with an A+.  Hope you give my a good grade as well.

Most readers will agree that Tolstoy*s Anna Karenina is a masterpiece of world literature. In this novel Tolstoy is able to express with amazing simplicity, what is seemingly inexpressable in human nature. 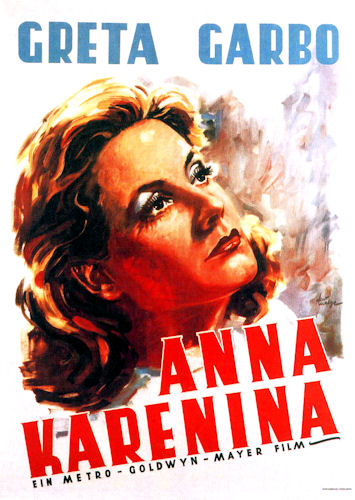 He not only brings to light but also to lucid understanding the most secret inner life of his characters. He conveys their subtlest, and most elusive intimate thoughts, feelings, emotions, spiritual longings and hidden motives. And he analyzes with utmost precision moral and psychological issues and conflicts. He also illuminates the elements of life’s mysterious relationships and links, which may lead to a character’s fate. Tolstoy creates a powerful illusion of reality in his novel mainly through the abundance of detail. From detailed de­scriptive narrative the author frequently shifts over to generalizations and thus leads the reader imperceptibly to metaphysical understanding. Tolstoy manipulates the reader’s consciousness from seeing to knowing by directing his attention from particulars to universals. He constantly juxtaposes characters, events and philosophies and thus provides a multifaceted view of his world. The numerous themes and plot lines are all interwoven and linked together in an intricate way. Each short chapter of the eight books develops its own theme, which may only be concluded later on in the novel. There are two major plot lines. 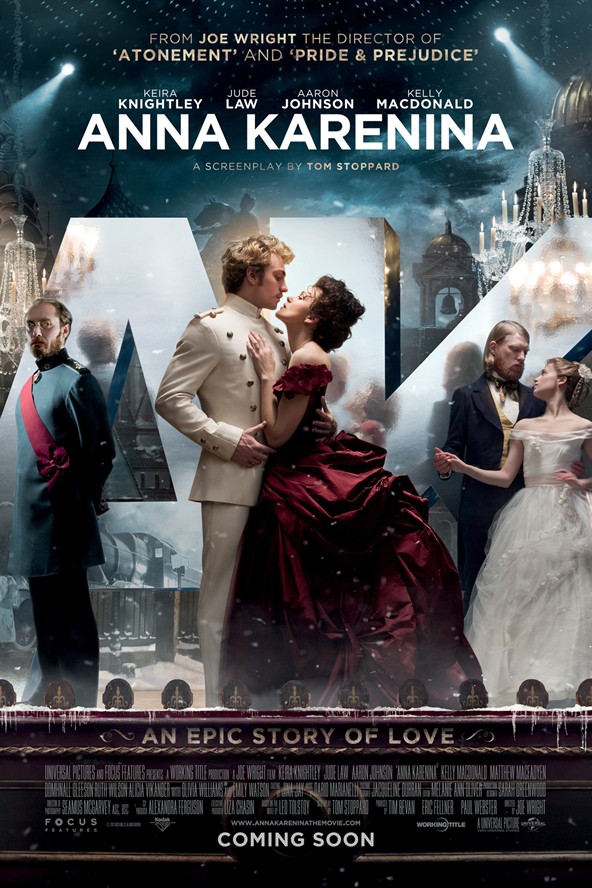 Anna is the main character of the first plot. Although the novel was written over 100 years ago, Anna is a modem woman in the sense that she seeks personal happiness at all cost. She refuses to live a life of self-denial with a husband she cannot love and who is unable to ful­fill her passionate longings. Anna places her quest for happiness over her social and moral duty. Through her extra-marital relationship with Vronsky whom she deeply loves she expects to find self-fulfillment and happiness. Anna, a beautiful and talented woman, is great in her honesty and courage to refuse a life of pretense and duplicity. She does not lead a secret affair, as so many do in her society. She separates from her husband and lives openly with her lover. Anna is not evil in a sense that she acts out of malice. She is very loving and attracts the love of many, yet the consequences of her unconventional behavior are disastrous. Anna who is de­nied a divorce from her husband is pushed into the role of an outsider from society through her open illicit affair. She also has no right and access to her son, whom she loves dearly. He becomes the innocent victim of the marriage break-up and so does her infant daughter by Vronsky. 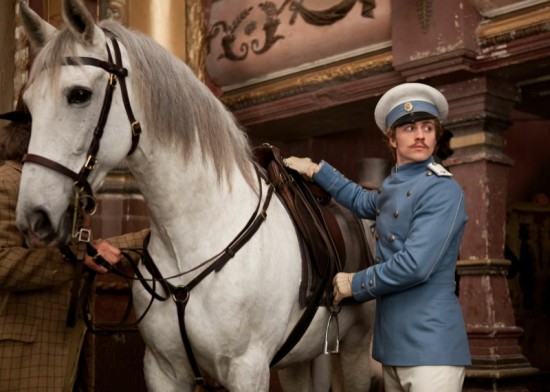 Tolstoy does not deal harshly with Anna but shows with deep insight and sympathy how Anna suffers from the psychological consequences and the irreconcilable conflicts resulting from her broken marriage and her living together with Vronsky. He also illuminates the complex inter­relationships of Anna’s inner being with the circumstances of her life, which lead to her fateful death. Tormented by guilt and unable to cope with her compulsive jealousy towards Vronsky she commits suicide.
Although the enigma of death is a recurring theme in this novel; the book does not end on this note of despair. Tolstoy juxtaposes life to death. Life triumphs.
With Levin, the major character of the second plot, Tolstoy deeply probes into the purpose and meaning of life.
Levin, who is modeled after the author himself ,is a seeker and an eccentric thinker. He lives in the country and is deeply concerned with serious social, moral and religious questions. Levin marries Kitty who once was romantically attracted to Vronsky, Anna’s lover. Tolstoy describes with delicate tenderness how Levin and his young wife get to know each other and grow together in spite of struggles and conflicts in their young married relationship.
Out of his experiences with Kitty and the search for answers from the simple life of the peasants on his estate. Levin comes to understand the meaning of life. He realizes that it is man’s purpose to live for goodness and unselfish love as a reflection of divine love and goodness. Levin also regains faith in a God he rationally rejects but prays to in times of crisis and need. 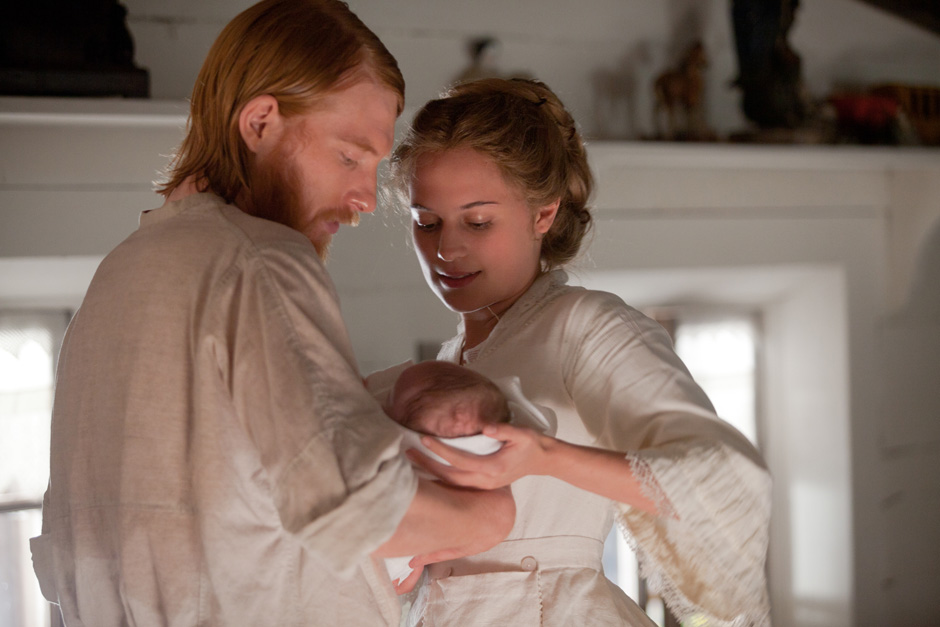 With these two plots Tolstoy leaves the reader with the powerful message that uncompromising egoistical passion in the pursuit of happiness will lead to destruction and death. However, the pursuit of goodness out of love for others will lead to life and spiritual happiness. In this respect, both Karenin and Anna have failed in life. Anna loved without adhering to the principles of goodness while Karenin acted on principles of goodness without true love of the heart. Love without goodness and goodness without love can be destructive. This idea is expressed in many different ways throughout the novel. For example Tolstoy juxtaposes two wronged spouses. Dolly forgives her husband out of committed love and concern for her family. Karenin forgives and acts out of rational principles of goodness but without considerations of true love. While Dolly’s family prospers in spite of material worries, Karenin’s family is destroyed. Disintegration of the family unit was a great moral concern for Tolstoy. He valued the welfare and integrity of the family highly because of its utmost importance to society.
In our day many of the social conditions, which played a major role in Anna’s fate, such as obtaining a divorce and gaining custody of her son, have changed. However, the psychological consequences of a marriage break-up,, which Tolstoy so masterfully describes, remain largely the same.
All the characters of this novel are convincingly complex human beings with whom the reader can identify and who elicit his sympathy.
Tolstoy never openly moralizes or judges, yet he conveys a powerful message of faith in love and goodness, which will never lose its relevance to humanity.