Dear friends, this week’s Blue Monday seems to last all week. Or maybe this week should be called Blue Week in January. It is absolutely horrible. Of course it does not help that I am aching all over with a flue virus and are just recovering from some other stress. The weather seems to mirror my feelings. 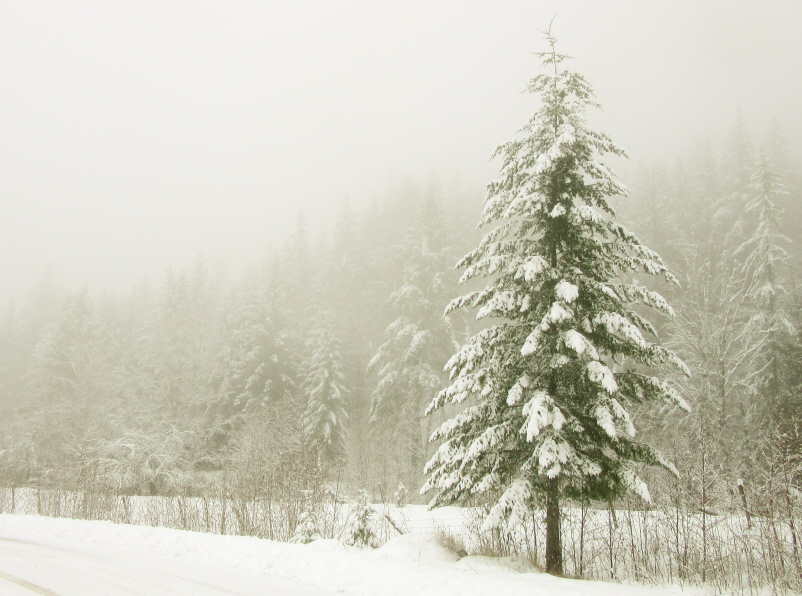 But while it is snowing and raining and sleeting and being foggy and miserable and cold,  I am sitting here in my cozy studio cabin which our oldest son built for me a few years ago. The heater is humming softly.  Thanks to our youngest son Stefan’s expertise I am connected even in my remote sanctuary  to all of you in the world through the internet. 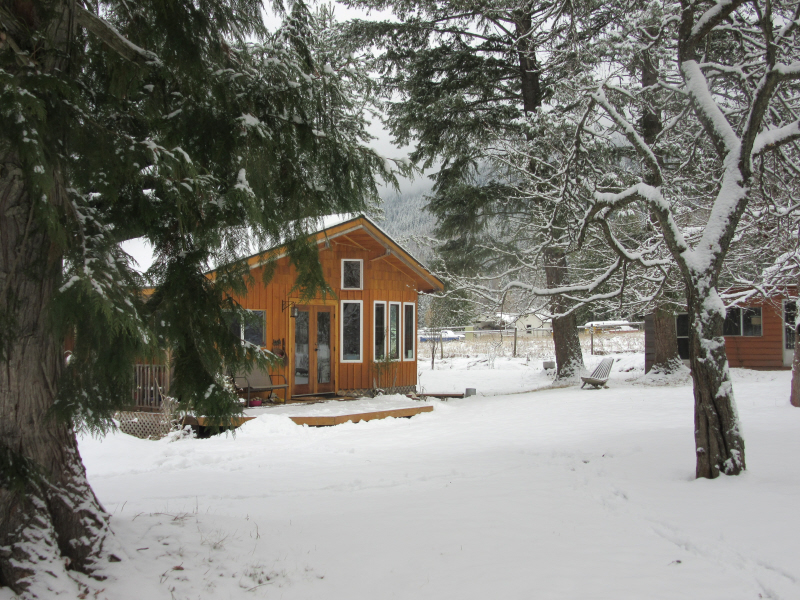 My husband and best friend brought me some coffee and cake.  Suddenly my spirits start reviving.  I am thinking of all the wonderful things in my life   Yes, I have experienced great losses, sadness and pain but I have survived.  How can I let the weather and other  minor stresses or discomforts of every day life dampen my spirits?   I have my family, friends and above all LOVE.  God’s love and  all the love and kindness of people close to my heart,

Suddenly,  I remember that I even experienced love and kindness by complete strangers throughout my life.  This is the reason why I am writing  this post  I want to express thankfulness to you strangers I can no longer thank personally. But maybe, miraculously you will receive my message of gratitude in your heart.

Acts of kindness of strangers are especially felt when we are alone and in a precarious or vulnerable situation.

Throughout my childhood and adolescence I was overprotected by my parents, especially my mother.  I was seldom among strangers.

When I graduated from school, I lived for the first time away from home.  I was hired through our principal as an au pair girl  or nanny by a family with three small children in Manchester, England.

At that time, I was unofficially engaged to Peter and planned on following him to Canada in the near future.  My parents realized they could no longer stop me from making my own decisions.  In England I wanted to improve my English skills, earn some money and learn to stand on my own feet.

The prospect of living far away from home in a strange country with people I had never met did not intimidate me.  Confidence of youth, I guess!!!!  I was inexperienced in every thing, especially in handling money.  My parents never let me budget pocket money. Before leaving  my father gave me a quick crash course on the British currency.  It  was very complicated because it was not based on the decimal system. I only listened with  half an ear. I was not worried.  Somehow I would manage. 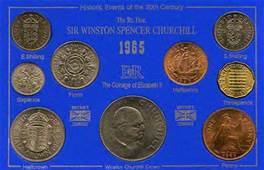 Finally the day arrived when I left for my first adventure away from home.  The train ride from Düsseldorf to the port of Calais was very long.  The ferry ride across the English channel to Dover  happened at night.  I remember meeting other young people sitting on deck under the stars  with me. More experienced travel than I had they advised me to do some sightseeing in London before catching a late afternoon train to my destination in Manchester. 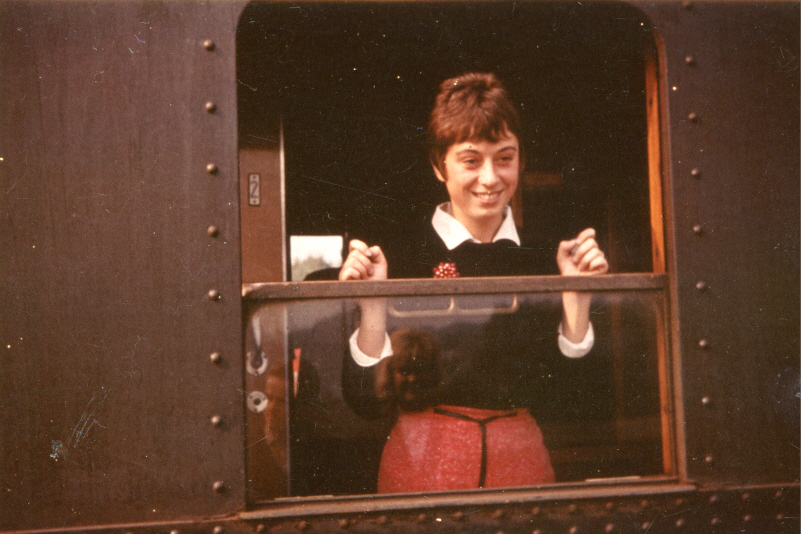 In the early morning hours we arrived in Dover and took a  short train ride to London.  My travel companions all dispersed in London and I was on my own.  Although dead tired I did manage to do some sightseeing before my train departure to Manchester. 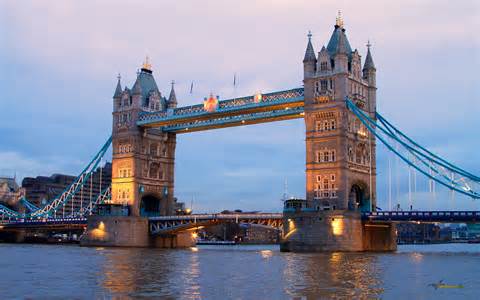 I even managed to get a taxi to the right train station.  Relieved that I made it on time i wanted to be kind and  give the black taxi driver a generous tip.   I grabbed the biggest and most impressive looking coin from my change purse.  When I handed it to him,  he suddenly spat on it, threw it to the ground and stomped on it uttering swear words. I did not understand.  Before I could  remedy the situation he sped off in a fury. 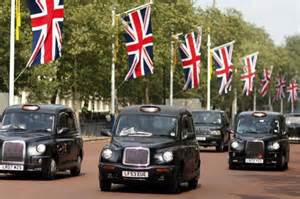 This perturbed me tremendously.  I had wanted to be kind but ignorance had prevented me from doing the right thing.  My intended kindness had turned into an insult.

A friendly elderly couple who shared my train compartment for part of the journey managed to cheer me up with their kind interest in me. They shared valuable information about my new host country and gave me some good advice. They made an effort to speak slowly and clearly so i could understand.  They were amused when I finally dared to confess my money mistake.  The coin I had offered was  of the lowest value, worth less than a penny.  That prompted them to explained to me the different values of the coins and the paper money.

After many hours,  i finally arrived in Manchester.  The friendly couple had left before.  “I hope my host family will recognize me?”, I thought while maneuvering my heavy suitcase out of the train car.   Lots of passengers got off.  Eventually the crowds dispersed and less and less  people were left on the platform.  Where are my hosts?  I started to wonder.   Finally  I was the last person standing there.  A tall nice looking black porter standing a distance away kept on glancing at me.  I tried to avoid his gaze.  Eventually he approached me. “Need help,  Miss? ” he asked in a kind voice.  “Can I get you a cab?”   In my broken English I  told him about my predicament.  He advised me that it was probably best to take a taxi to my host family.  When I agreed, he took my heavy suitcase and led me through the busy  train station to the exit. He approached a taxi driver and gave him the address of my host family. I wanted to thank him with a big tip.  Since the friendly couple on the train had taught me the value of the different coins and paper money,  I took a generous amount from my purse and tried to hand it to him.  “No, no Miss”,  he protested. “I don’t want money. It was a pleasure helping  you.  Good luck to you!”  He left with a big warm smile. 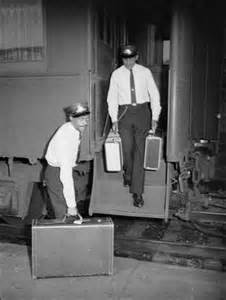 I am still remembering him after half a century.

The next episode I am telling you is very dramatic. It happened on a wet, cold and dark  day in October. I had just arrived by plane from Canada  in Germany the day before.  My twin brother lay dying in the hospital of  Gummersbach, the place where he was last employed.   His boss had picked me up the day before at the airport and brought me to my brother’s apartment.   My brother’s close friend from Thailand had  special permission to stay with him in the same hospital room day and night.  He never left his bedside for long.  ( I am convinced he was an angel in human form.  I’ll tell this miraculous story sometime soon.) 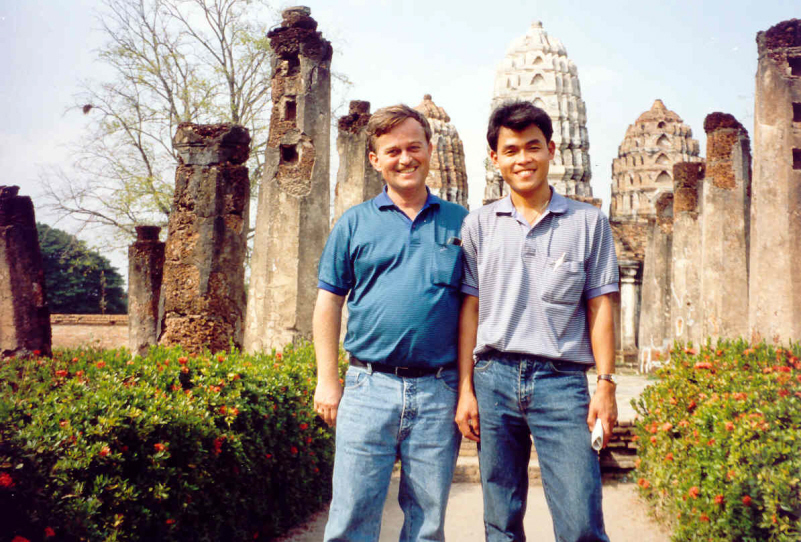 The next morning i was supposed to visit my brother for the first time. His friend phoned me and gave me directions which bus to take. He also asked me to bring some roast chicken from a fast food outlet at the main bus station where i had to transfer to the hospital. Jazz, my brother’s friend, needed a change from hospital food.

It was an extremely wet and dark day and i was glad that I found an umbrella at the apartment before leaving. On the bus i sat near a window. Jet lagged and frightened, I felt dazed and confused like in a bad dream. Only one passenger sat at  the back behind me. I  held on to my umbrella like a life saver. Water was dripping  monotonously to the  floor. 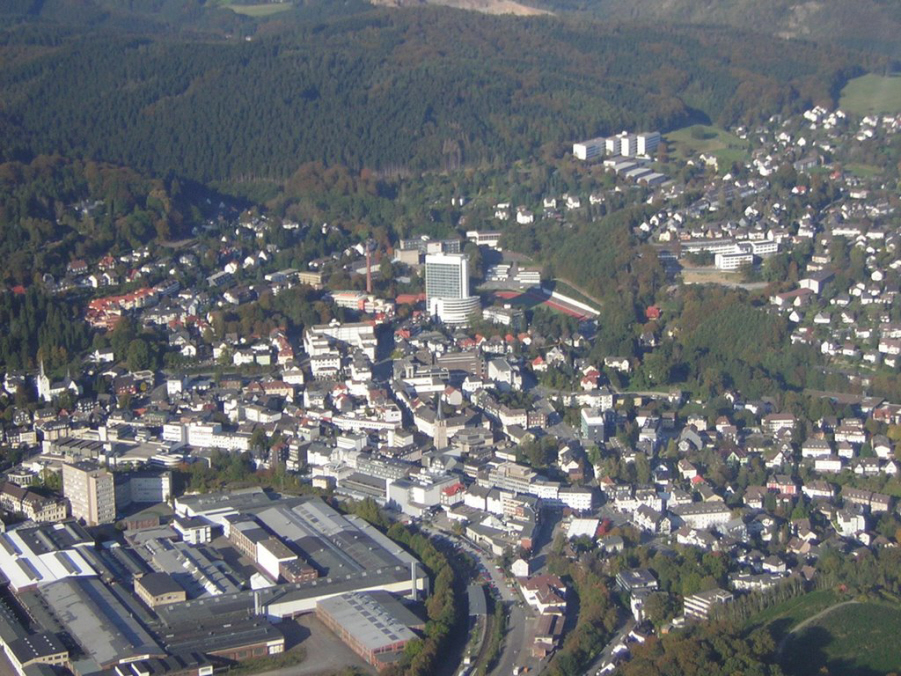 “Main station” the bus driver called.  I quickly grabbed my umbrella  which I had dropped  to the floor and followed the few people leaving the the bus.  The fast food outlet was easy to find. I ordered the roast chicken. Ready to pay,  I noticed  with panic that instead of holding my handbag  i was only holding my umbrella. Terror  shot through me like a bolt of lightning.  I dashed out of the door.  i had left my hand bag on the seat of the bus when I picked up the umbrella.

The bus I had been on was leaving.  I ran after it frantically waving. To no avail.  It  gingerly turned a corner and disappeared from sight. In shock and disbelief i stood in the pouring rain like paralyzed. Suddenly i noticed a tall man with a long rain coat which he clasped shut with  both hands  moving towards me.  When he stood closely in front of me he suddenly opened up his coat and asked in a low voice,  “Are you looking for this?”  MY HANDBAG!!!!!!  Instantly my paralyzing shock  turned into agitated euphoria.  Overjoyed I jumped up to hug the man .  “You don’t even know what’s  in my bag!”, I shouted close to tears of joy. “Everything!!!! My credit cards, my cash, my keys, my passport my flight tickets, my jewelry…and…”How can I thank you,  what can I give you?” I asked eagerly to reward him generously.   “Nothing!”, he muttered, turned on his heels and left me stunned. 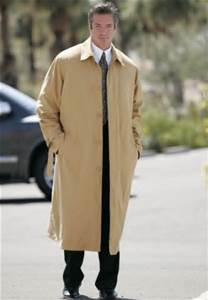 Although there are so many experiences of miraculous acts of  kindness by strangers I experienced through out my life I limit myself to one more in this post.

It happened also during that fateful stay when I saw my brother for the last time.  One night i barely caught the last bus from the hospital.  At the main terminal I found out that the  closest bus connection to my brother’s place was not running at this time of night.  I was able to catch another bus to a street from where I could walk to the apartment.

It was a very dark and wet night   I soon noticed that I must  have turned the wrong way.  I felt lost.  The residential street was deserted and badly lit. Suddenly I heard loud and agitated male voices talking in a foreign language. I saw several dark male figures coming towards me.  Fear started to grip me.  Were they drunk?  They seemed to argue back and forth in a language i could not make out.  When they spotted me, they surrounded me quickly.  In broken German one of the men asked me if I could give them some money.  “How much?”, I asked in a  trembling voice ready to give them all I had. I could not believe my ears when he asked for the equivalent of one dollar in coins.  “We need coins for phone!”, he said, “can you please give us?”   I had loose coins from my bus fare in my coat pocket and I quickly handed them to him.    “Here”, he said.  “take this!”   He gave me the equivalent of five dollars in paper money in return.  I could not refuse.  They were so happy that they could finally make a phone call. They thanked me profusely and even  helped me to find my way to my brother’s apartment.   We parted joyfully  like friends. 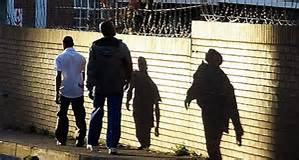 These acts of  kindness by strangers always restore my faith in the miraculous human spirit.   I’ll leave you with a quote from George Eliot,

“What do we live for, if it is not to make life less difficult for each other?”