One day in early spring our mother told us that we would soon be leaving the camp in Aurich, East Frisia,   We would move to a place called Velbert situated in the Rhineland region of  West Germany.  My mother sounded very excited and joyful because she was born and raised in the Rhineland, a beautiful part of Germany. 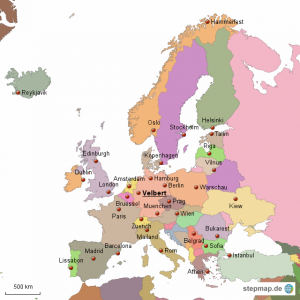 For me it meant saying goodbye to my best friend Ingeborg and all our many other playmates with whom  we  had shared so many exciting adventures and experiences. 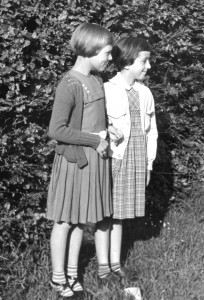 However, before moving to Velbert, we first had to spend several  weeks in a transitory camp in Massen,  a small town near Unna, close to Dortmund,  which was our first station in the “Golden West”.   All I remember from that short stay is that my mom  was  quite upset because we had to sleep in a big dormitory again  with lots of strangers.  And to make things worse, we had to lie on straw mattresses.  But my parents consoled themselves with the prospect    that we would soon move to Velbert.  That’s  where apartment buildings for refugees were being constructed at a rapid pace. 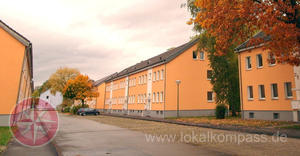 Refugee Camp in Massen by Unna

On a bright, sunny day in early Spring we were loaded with all our luggage and several other families onto the open back of a big, old transport truck with makeshift benches.

My brother and I had rarely ridden in a car.  This was the first time in a truck. For us it was exciting!  My mom thought it was odd that we were transported like baggage. She didn’t like that we were all crammed together in this small, drafty and not too clean space. But my brother and i were laughing with the other kids and some boisterous men enjoying the cool breeze and the changing scenery.

After a few hours  we were all shaken up by the bumpy ride.  The increasing cool drafts, the loud noise of the motor and  the rattling of the vehicle started to make us feel sick. Suddenly the truck came to an abrupt halt beside an old, dilapidated stone building which looked almost like a dungeon, dark and foreboding. 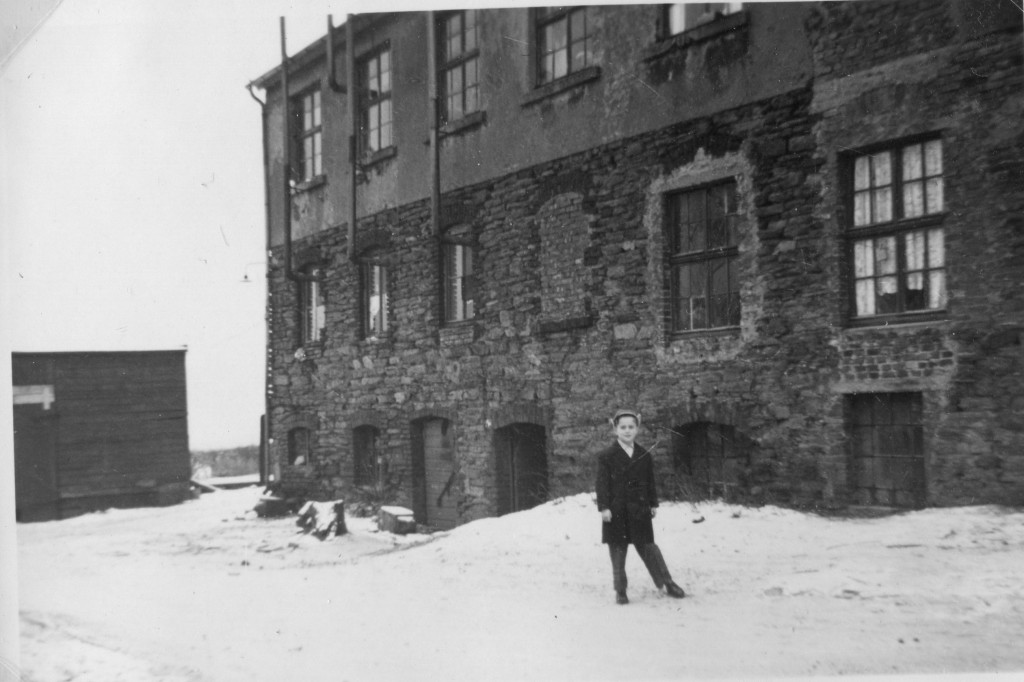 The Old House of Rocky Docky in Velbert, Germany.

The driver jumped out of the cab, opened the ramp of the truck and started unloading the luggage and helping us to jump out.   Dazed and bewildered, numb from the cold and very hungry we all stood  speechless for a moment.  “Take your belongings and follow me,” the driver told us.

He led us around the extremely long building  to a courtyard with a row of several outhouses.  “You can go there in a minute,” he told us, “but let me show you your quarters first. This old building used to be a pub and a bowling alley,” he continued,  “now it has been converted into an emergency shelter for people like you.  I’ll introduce you to the manager of this establishment.” He laughed  and pointed to a man who just stepped out of the entrance to receive us.

We were the first ones to be led to our room.  We had to go through a long hall with several big sinks, laundry tubs and a wash line with a few rags drying.  There were brooms, mops. pails. garbage cans and other equipment stored along the walls.  The evening light coming in through big windows could hardly soften the drabness of this dingy hall.

At the end of it there was a door leading to a small room with a large recessed window in the raw rock wall.  It looked like a prison cell except  there were no bars on the window.  There were two sets of bunk beds, a table with four chairs, a small table with a two burner hotplate and a small dresser.  “This is your temporary place until your apartment is completed,” the manager told us.  And in response to my parent’s questioning glance he added, “This may take up to two years.  We just don’t know where to house all you people,” he grumbled leaving  us to attend to the other families.

For a moment we all stood dumbfounded  until the silence was broken by my mother’s loud sobs.  She collapsed on one of the beds and cried and cried.  I had never seen my mother cry like that before and it shocked me deeply.  My father looked helpless.  Eventually he started stroking my mother’s back.  My brother and I climbed onto our  top beds completely bewildered.

Eventually my mother’s crying stopped.  She rallied and took us to the outhouse.  She found a clean wash basin to scrub the grime of the long dusty truck ride of our face and hands.   She magically produced some bread, butter, cheese and jam. She also made some weak tea on the hot plate.   We were so starved,  it tasted heavenly. Then she hugged us warmly and said,  “With God’s help we’ll make it through.” 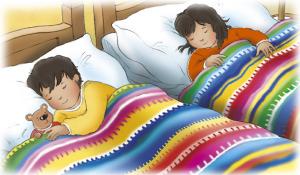